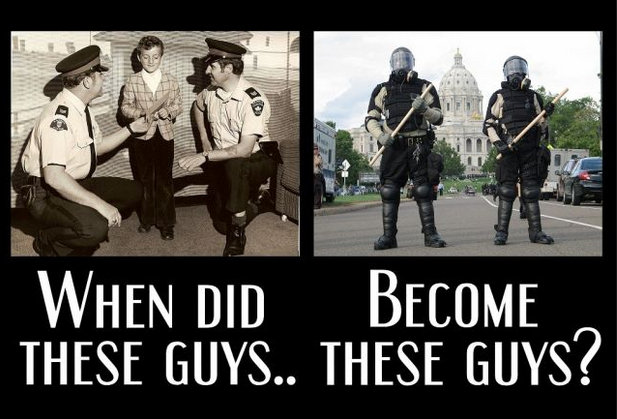 “Officers of the Peace” or “Peace Officers” have a public motto “To Serve and Protect” but privately the motto is “Disrespect and Destroy”, and they do this with their backdoor brutality, their “Blue Code of Silence” their “Blue Wall”, the unwritten rule among police officers not to report a colleague’s errors, misconducts, or crimes. When questioned about an incident, the officer claims ignorance. Officers who follow the code participate in many of these acts to protect themselves or support fellow officers and those who do not adhere to the Blue Code are threatened and ostracized by fellow officers.

So many of these Officer’s “Testily”. They submit false documents, devise dishonest arrest reports, bogus warrants, plant false information. They taint evidence and perform illegal search and seizures, accept bribes and aggressively misuse their police powers for personal gain. They distort testimony and flat out lie to juries, AND the most stock and overused deceptions are so familiar anyone can recite them: “Reached for their waist band”; “Pointed their hand in threatening manner.” “Backed their car toward officers” “Lunged at me” “Had an object in their hand” “Tried to grab my gun”.

Now some will say there is a difference between Peace Officers and Police Officers. In many places, like Connecticut and Texas, there is no difference between a peace officer and police officer. Often times it is boiled down to an officer’s personal morals; concepts of actively going after “the bad guys” versus keeping the peace.

There are, however, places where there is a distinction between the two. In California, for example: Peace Officer: 832PC which includes Correctional Officers (both County and State) as well as all levels of reserve officers. Most agents with the Lottery Commission, ABC, and various other state agencies fall into this category as well. Police Officer: 830.1. All full time regular Deputies, Highway Patrolman, Park Rangers (if sworn), City Cops, etc. Also, the terms “peace officer” and “police officer” are generally interchangeable in Texas. The definition and distinction varies from place to place, and can generally be found in the Penal Code of the state you are in. Peace officer can be a general term to include all law enforcers (state patrol, deputies, sheriffs, etc.), but from a personal standpoint it seems to be somewhat of a public relations move.

However nowadays there seems to be no distinction between Peace Officers and Police Officers, or for that matter anyone with a badge, nightstick or gun can claim to be an Enforcer of the Law; Peace Officer, Policeman, Security Guard, Night Watchman, Neighborhood Watch, Mall Sentry, Parking Lot Attendant, Convenience Store Clerk and even Mr. Citizen Vigilante claiming Stand Your Ground.

In 1856, the U.S. Supreme Court found that law enforcement officers had no duty to protect any individual. Their duty is to enforce the law in general. More recently, in 1982 the Court of Appeals, Seventh Circuit held, “…there is no Constitutional right to be protected by the state against being murdered by criminals or madmen. Individuals are responsible for their own personal safety.

Police Oath of Honor
On my honor,
I will never betray my badge,
my integrity, my character,
or the public trust.
I will always have
the courage to hold myself
and others accountable for our actions.
I will always uphold the constitution
my community and the agency I serve.

What the oath doesn’t affirm or promise is that the law enforcement officer has a duty to protect or serve any individual.