It’s important to examine form as well as function when considering the media. There are 1,500 newspapers, 1,100 magazines, 9,000 radio stations, 1,500 TV stations, 2,400 publishers. Rupert Murdoch, Sumner Redstone and Arthur Ochs Sulzberger Jr. own the “Big Six” which equals 90% of all media, GE – NEWS CORP – DISNEY – VIACOM – TIME WARNER and CBS; these corporations control Agriculture, Oil, Chemical, and the Pharmaceutical by creating the expectance of War – all linked together through TV Programing, Movies, News Delivery Services, Commercials etc. by framing their agenda’s, manipulating any given circumstance, factual or implied into pre-formed perspectives with the intent to influence by indoctrinating the public to their way of thinking, framing ideas into easy steps starting from our earliest cartoon viewing, then continuing as we progress though life at each age or learning level, watching, reading, listening.

Regardless of the delivery system, media is the defining factor for economic consumption and consumer direction. We become subservient by the illusion and conditioning of peer pressure integrated by the ideology which is promoted over and over. People are programmed to emulate what they perceive as the norm; therefore we conform to media’s way of reasoning by indirect guidance, coaching, shepherding and brainwashing into the culture of war.

Black vs. White: is the RACE War – Organic vs. GMO/Chemical: is the Pesticide War – Fracking vs. Conventional Drilling: is the Oil War – Prescription Drugs vs. Alternative Medicines (Pharmaceuticals): is the War on Sickness – Men vs. Women: is the War of the Sexes – NRA vs. Gun Control: is the 2nd Amendment War – Christianity vs. Atheists/Agnostics/Muslim etc.: is the War on Religion. It takes media Literacy to comprehend and decipher how each of these issues affects us as men or women with our distinctive ethnic backgrounds. The principals of these *Wars* are established by invisible borders to cultivate and gain control of the public sector.

Gender defining by media is the ideas, characteristic and perception of how a product is marketed….. Masculine equals strong, feminine equals weak; transgender may consolidate both masculine and feminine. Accordingly media is geared to the gender targeted as a prospective sale – clothing, sports gear, vitamin supplements, building materials, kitchen appliances, military force, environmental issues, vaccines, and how these products impact personal and political ideologies and lifestyles.

The intersectionality of men and race as in Black Lives Matter is trivialized by those insisting All Lives Matter when in fact historically Black men are 21 times more likely to be killed by police than White men. The disproportionate rate of incarceration is 1 in every 15 Black men to 1 in every 106 White men. Intersectionality to women and domestic violence is countered with “there is domestic violence against men too” minimizing assaults against women, yet 29% of women in comparison to 10% of men are victims.

There is ONLY one RACE, the HUMAN RACE, yet typically people mistake genetics, DNA, nationalities and ethnicity equating skin color, hair texture, eye shape, facial contours, body structure, athletic ability, speech patterns, socioeconomic status, male and female as a means to categorize society. It’s important to analyze and evaluate how each in, and of themselves collectively influence one another. 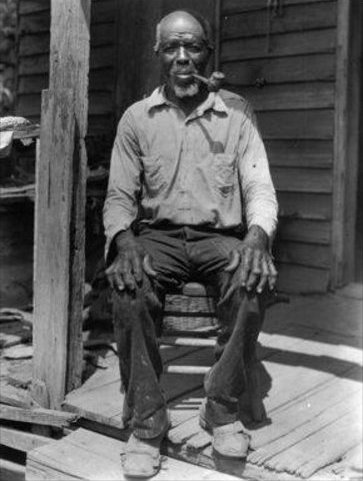 The man known as Cudjo Lewis (ca. 1841-1935) was the last survivor of the Clotilda, the last recorded slave ship to the United States, which arrived in Mobile on Sunday July 8, 1860, illegally and under cover of night, 52 years after the country had abolished the international slave trade. Cudjo helped found the Mobile settlement African Town (known today as Africatown) with other formerly enslaved companions from the Clotilda. He gained some small fame at the end of his life when his story was recounted in several articles and a book.

Cudjo Lewis was born Oluale Kossola in the modern West African country of Benin to Oluale and his second wife Fondlolu. He was the second of four children and had 12 stepsiblings. He was a member of the Yoruba people, more specifically the Isha (a Yoruba sub-group), whose traditional home is in the Banté region of eastern Benin. Kossola was born into a modest family, but his grandfather was an officer of the town’s king. Kossola and his siblings had a happy and active childhood. At 14, he began training as a soldier and learned how to track, hunt, camp, shoot arrows, throw spears, and defend his town, which was surrounded by four tall walls. The teenager was also inducted into Oro, a secret Yoruba male society whose role is to police and control society. At age 19, Kossola fell in love with a young girl he saw at the market, and at his father’s urging underwent initiation that enabled young men and women to get married. In April 1860, in the midst of Kossola’s training, Ghezo, the King of Dahomey, and his army attacked the town, killed the king and many of the people, and took the rest of the townspeople prisoner.

Kossola and his companions were marched to Abomey, Dahomey’s capital, then on to Ouidah on the coast, where they were held for three weeks in a slave pen known as a barracoon (a prison where captives were held before being sent across the Atlantic). Then he and 109 others from various regions of Benin and Nigeria boarded the slave ship Clotilda, captained by Mobile ship builder William Foster and embarked on the journey across the Atlantic Ocean, known during the slave trade as the Middle Passage. During his 45 days on the ship, Kossola suffered from terrible thirst and the humiliation of having been forced on board naked.

Cudjo Lewis in African Town in Mobile Alabama was enslaved by James Meaher, a wealthy ship captain and brother of Timothy Meaher, the man who had organized the expedition. James Meaher was unable to pronounce Kossola’s name, so the young man told his new owner to call him Cudjo, a name given by the Fon and Ewe peoples of West Africa to boys who are born on Monday. During his five years of enslavement, the young man worked on a steamship and lived with his shipmates under Meaher’s house, which was built high above the ground.

In 1865, with general emancipation, Cujdo regained his freedom and took the name Lewis. He married Abile, a young woman who also had been on the Clotilda. Like their companions, the couple’s objective was to return home, but when they failed to raise enough money for the trip, they decided to stay in Alabama and create a town of their own. Because Timothy Meaher had been responsible for their ordeal, they decided to ask him for reparations in the form of free land. Cudjo was chosen as the spokesman. Meaher refused their demand, and they purchased land from him and others and established African Town on a hill north of Mobile. Cudjo worked as a shingle maker but after being injured in a train accident in 1902—for which he sued the railroad company—he became African Town’s church sexton.

He and his wife had five sons and one daughter. To mark their attachment to their culture, they gave American and Yoruba names to four of them and Yoruba names only to two. Sadly, all of the children died young: Celia/Ebeossi died of sickness at 15, Young Cudjo was killed by a deputy sheriff, David/Adeniah was hit by a train, Pollee Dahoo disappeared and was probably killed, and James/Ahnonotoe and Aleck/Iyadjemi died after short illnesses. Abile passed away in 1908, just one month before Aleck died. Cudjo again suffered the loss of his family.

Cudjo Lewis financial hardship forced Cudjo to sell several plots of land. By the early 1920s, all his companions from the Clotilda had passed away, leaving him as the only survivor. During the last years of his life, he achieved some fame when writers and journalists interviewed him and made his story known to the public. Alabama-born author Zora Neale Hurston filmed him, and he is thus the only known African deported through the slave trade whose moving image exists. Cudjo Lewis died of age-related illness on July 26, 1935, at about 94. Although he had always wanted to go back home, he was buried among his family in the Africans’ cemetery that opened in 1876. Today, a tall white monument marks his grave. Some of his descendants still live in Mobile. 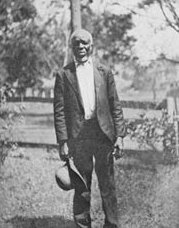 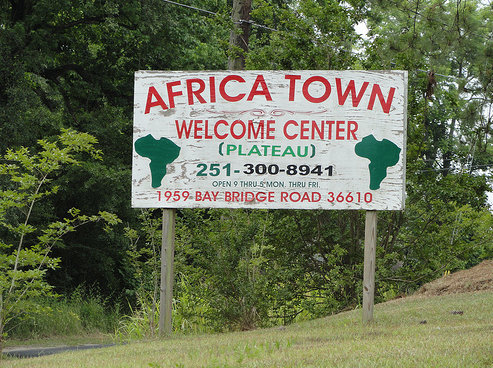