To keep America great you must be racist….you must promote slavery, either of self, others or both. You must support segregation in some form and genocide in another. To keep America great you must allow a conquering people to educate your children and mold them into their image. If you can’t mold them into your image you must force them to believe they are substandard, less than. To keep America great, you have to endorse destruction of land and ownership of water. You have to accept some are above and others are below. You have to accept an immoral unjust system to use violent force against those who oppose any ideal which made amerikkka great in the first place. To keep amerikkka great you must use segregation to cultivate peace with violence. You must use nationalism and fear to remain in control. To keep amerikkka great you must create a ruling class who decides which form of education you are ALLOWED to know and what is an acceptable way to combat the ruling class based on their rules, in their game on their timeline in their jurisdictions, codes and regulations. This is known as democracy. This is its real definition. So when you vote, you don’t vote for a human who is different from another, you vote for a new owner who not only controls your actions and circumstances, but your entire mind. Your vote only means you accept this contract of your mind, body and spirit to be governed and controlled by an entity who doesn’t care if you live or die. 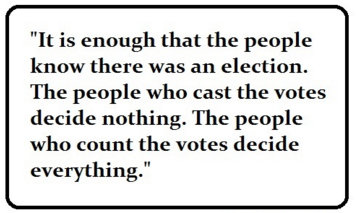 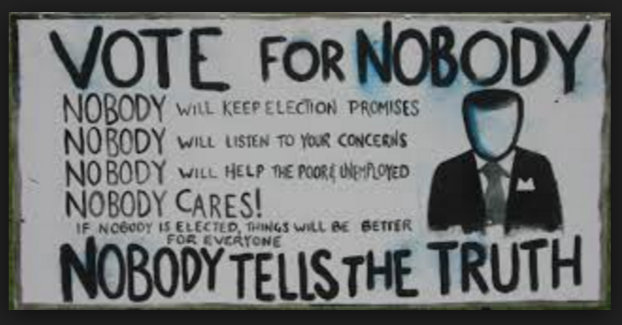 If you wish to keep slaves, you must have all kinds of guards. The cheapest way to have guards is to have the slaves pay taxes to finance their own guards. To fool the slaves, you tell them that they are not slaves and that they have Freedom. You tell them they need Law and Order to protect them against bad slaves. Then you tell them to elect a Government. Give them Freedom to vote and they will vote for their own guards and pay their salary. They will then believe they are Free persons. Then give them money to earn, count and spend and they will be too busy to notice the slavery they are in.
~ Alexander Warbucks