If America is built from many nations, why is it offensive to be anything other than White?

Nope. I’m Yaqui Apache, Mayan, and Aztec, on the Mexico side, even though Yaqui is recognized in Arizona. There is no paper trail for my family. It is Sad to think we need a card to prove our second rate subhuman citizen standard. 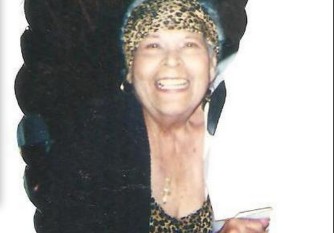 My dad’s mom who is full blood Mayan. She was kidnapped by a full blood Yaqui. He took her deep into Mexico and had 9 children with her. When he died, she married my dad’s dad who was also a full blood Yaqui and they moved back to Arizona.

My dad is the 2nd youngest of 11 kids. Many of my uncles tried to find out more information about our history. A few of them have passed on, from what I understand, and they knew more of the story and remembered the tribal life. My dad, at one point, asked his mom about the story and was refused an answer. Later, he found out from his older brother it was actually better to be a border jumping Mexican than it was to be Indian. 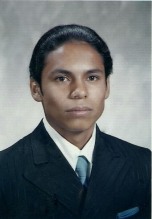 Think for a moment how bad a lot of Americans dislike Mexicans. Now imagine how bad it must have been to be Indian, to hide who you are and never talk about your past even to your own children.

If you ask most Americans what a Mexican is, they haven’t a clue. They believe a border was always separating “good, clean, wholesome Americans” from “dirty, bad, stealing, murdering Mexicans.” They haven’t a clue we would travel from the highest point of Canada to the lowest points of South America while trading, learning, giving, and even sometimes fighting.

Overall, most travelers were respectful to other customs and brought new medicines or food. Americans haven’t a clue about how the two rows of corn closest to a path was always dedicated to travelers and guests, not just in the South America, but almost everywhere.

In Mexico, the Black slave trade along with Spanish rape of indigenous people and Blacks created a beautiful new human who has been fighting assimilation for 520 straight years… just like us indigenous people here on this part of Turtle Island.

If you ask many Americans what American culture is, they have no answer, because there isn’t one. They think tomatoes come from Italy, and the honeybee was always here. They think the turkey was brought to these lands, and the chicken is indigenous to the Americas.

If you ask an educated American where the First Nations come from, they will more than likely state Africa, even though this has been disproven time and time again by even the occupier’s science.

Yes, even white science has proven the indigenous of this land have DNA unlike any other nation found on this planet. This proves we didn’t cross a land bridge to get here like the regurgitated 1902 theory demands you believe.

The occupier’s history would have you believe the Indian died out with the Woolly mammoth, and those who happened to survive by the graces of this government’s good will and fair democratic process, have preserved the Indian by fashioning him in the image of land and water rapists.

They would have you believe it is our own stupidity if we should wish to even consider going back to an uncivilized world without taxes, low paying jobs, or being able to step away from being a slave to the poisoned food system and a destroyed planet.

The education system needs us all to believe we were savage cannibals who were always at war with one another, so no one ever realizes the civilized world isn’t actually civil to any life form in the least.

AmeriKKKan education is a sickness which should be avoided at all costs, by everyone!

“Only a fool would allow his enemy to teach his kids.”—Malcolm X